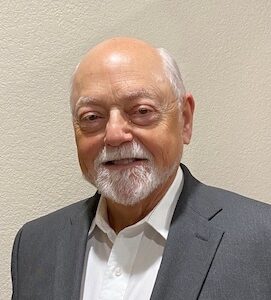 Mr. Hine is the recipient of the Bob Bullock Award for Outstanding Public Stewardship and the U.S. Department of Health and Human Services, Administration on Children, Youth and Families Commissioner’s Award for his outstanding contributions toward the prevention, intervention, and treatment of child abuse and neglect. He has been recognized by Texas Lutheran University with their Distinguished Alumni award and has received the Texas Public Employees Association Agency Administrator of the year award. He was also a finalist in the Computerworld Smithsonian Award for Visionary use of Information Technology in the Field of Government and Non-profit Organizations.

He has served as Chair on a number of non-profit Boards, including the Texas Silver-Haired Legislature Foundation; the Center for Public Policy Priorities (now Every Texan) and the United Ways of Texas. He also served as a member of the University of Texas Law School’s Advisory Council on Alternative Dispute Resolution. He is currently serving on the Texas Medical Foundation – Quality Health Institute Advisory Board.

He holds a bachelor’s degree in accounting from Texas Lutheran College, is a Certified Public Accountant, and is a graduate of the Governor’s Executive Development Program at the University of Texas LBJ School of Public Affairs.
He retired from state government on January 31, 2006 and opened a consulting and lobby practice in March 2006. He remained self-employed and owner of Public Policy Solutions, where he promoted innovative changes in legislation and state agency public policy in the areas of Health and Human Services and Child Protective Services until his retirement on June 30, 2019.